This blog from our northern-most Community Worker, Fi, discusses what Community Wealth Building (CWB) could mean for people in Moray.

In early December the Moray Council’s Community Wealth Building Team and CLES held a series of meetings in Elgin. They held events to present the plan to the third, private and public sectors. I attended the one for the third sector and social enterprises with Start McDonald and David Burch from the Centre for Local Economic Strategies (CLES). I caught up with Stuart again, and again, he did a very good job of explaining the strategy.

There were attendees from many of Moray’s diverse civil society. It was interesting to reflect on what we understood about CWB, and advantages and disadvantages of using it in Moray.

Community Wealth Building in Moray is part of the Moray Growth Deal  (2021). This is the shared vision for growth in Moray:

A place that is thriving because of an increasingly diverse economy and a growing population that celebrates success, and values both education and training. A distinctive and ambitious place that generates opportunities for everyone which in turn helps to drive up average earnings, retain balanced demographics, and encourage strong communities to flourish.

We have kind permission from CLES to share these slides about the local case for Community Wealth Building. 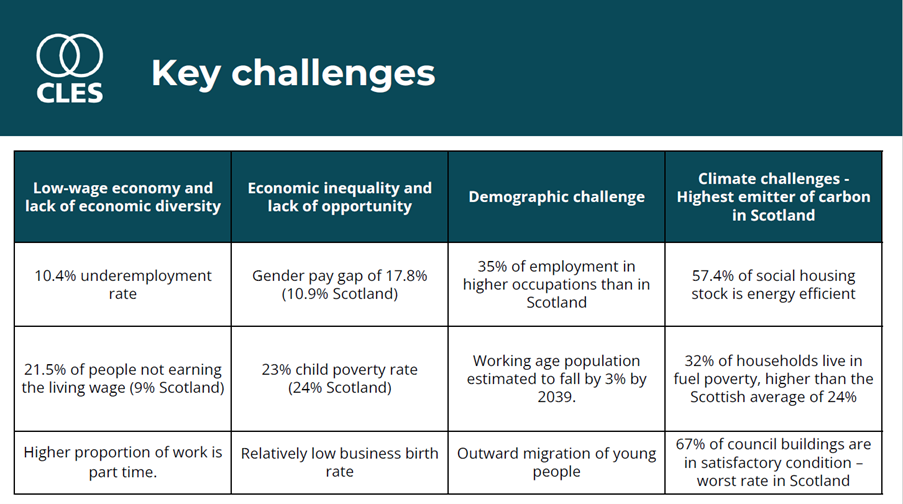 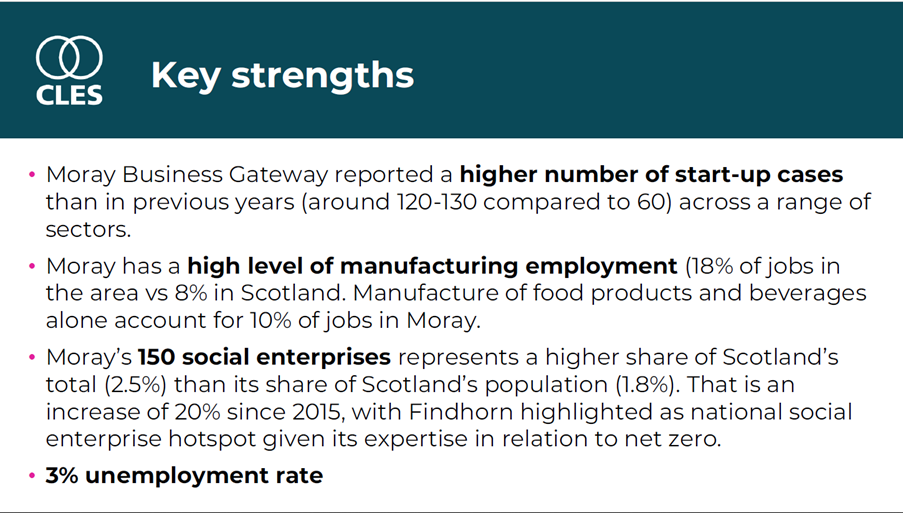 Moray has thriving charities and social enterprises, and they were interested in how this strategy would support them. The lack of transport and the outward migration of young people were seen as big issues.

We talked about the complexity of trying to get commissioned to provide goods and services for the anchor organisations. To work well, it must be made transparent and do-able for smaller organisations. Culture is important and needs to be supported – small businesses and social enterprises are crucial to keeping wealth in Moray. There is a low wage economy which needs changed so more people want to stay.

The next slide shows how local priorities fit together. 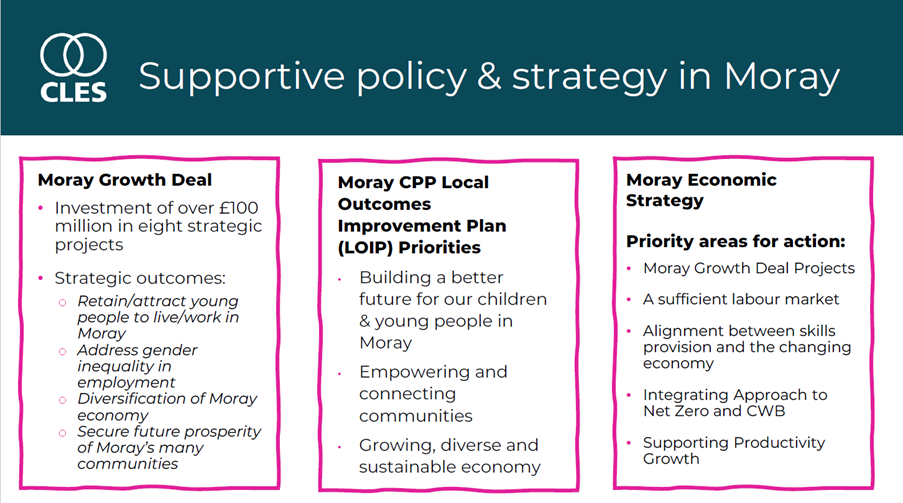 Next the CWB department in the Council will share a report from the three meetings. The plans are in place, and now it’ll take collaboration to transform them into action. We are also looking forward to the Scottish Government’s Community Wealth Building Bill, and growing interest in how CWB can support communities across Scotland.

It’s an exciting time for making local economies work to benefit everyone. We’ll share updates as the trailblazing work in Moray develops!

If you’re in the Moray area, share your ideas with Fi and the Coastal Connections project team.