New Chief Executive and plans at Outside the Box

At the start of July I retired as Chief Executive at Outside the Box and Louise Willson – our current Depute CE – takes over as the new Chief Executive.

For me, this is a very positive and exciting stage for Outside the Box and I know Louise, with a strong board and a wonderful team, will be doing great things in the future.

In many ways it is the last step in what we set out to achieve almost 20 years ago.  At that time, a few of us knew of people who wanted to do good things for people like themselves or for their communities but were struggling to get community development support.  What they wanted do did not fit the way things were organised.

So a few people got together and we set up Outside the Box.  Our purpose was to support people and groups to do the things that other people said were guddly and complicated, and didn’t fit how life was supposed to be organised, and couldn’t be successful, but to the people involved were about a need that was obvious and a plan that made perfect sense.

People said there was no need for us, and we would never get funding, and it would never work.  We set up a company and a charity (how it worked back then) so the organisation could grow and adapt and would continue beyond the people who founded it.

In the past 18 years we have worked with over 1,000 small community groups, people starting on their own with an idea, and people in bigger organisations who want help to do something different.  Some have gone on to lead new ventures benefitting many people that are still flourishing, while for others it made a difference in their community and after a while people went on to do other things, and lots in between.  Some of our resources have given practical help and encouragement to hundreds of thousands of people while others have helped a hundred or so.  For us, the success is life being better for people and people and communities knowing there are more choices and opportunities that they can follow.

Every day I am amazed at what people do and the impacts they make.  We’ve worked alongside people in lots of different circumstances – this mostly stated because we heard people describing a problem that wasn’t getting picked up yet, or a pal told them we were worth talking to.  If you want to see the range of people, the topics we tackle together and the changes we have made together, there are lots of stories and examples on the website.

Looking ahead, we expect to continue working with people we know and getting involved with new communities and their priorities.  Louise and everyone at Outside the Box are looking forward to working with you.

Thanks to everyone who has helped us and worked with us over the years, and good luck in what you are doing.

Some photos from the past years 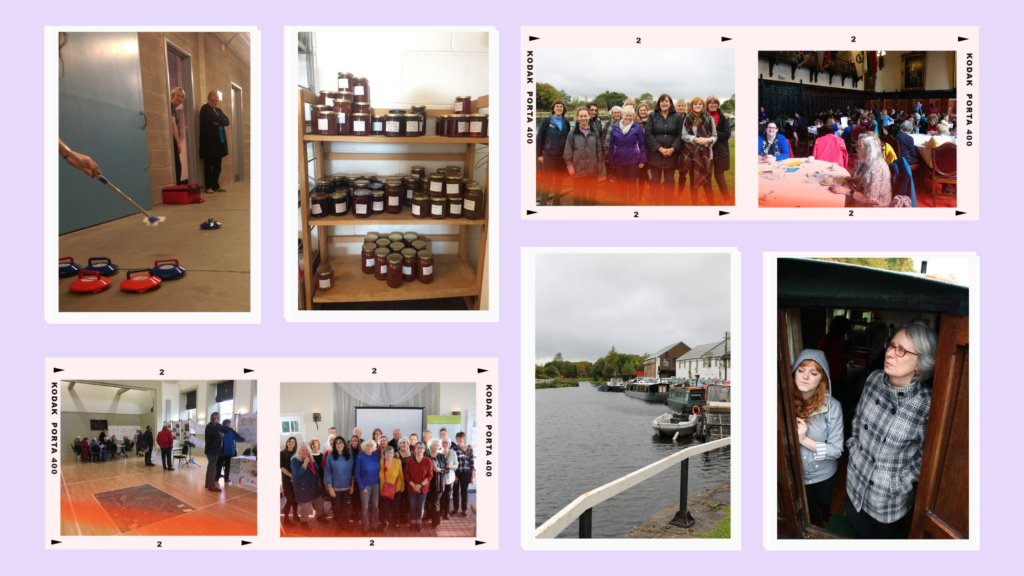 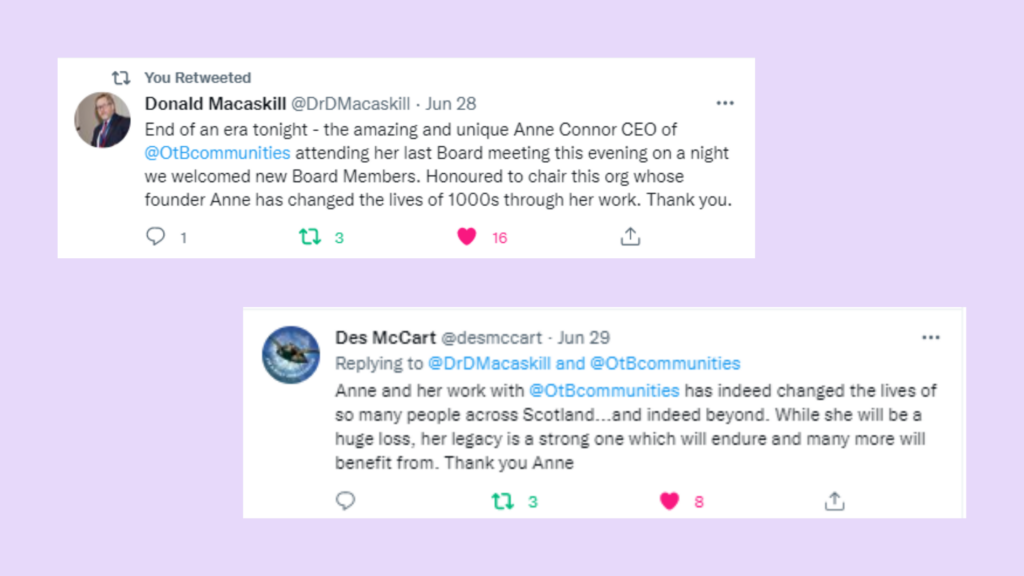 We look forward to carrying on the Outside the Box legacy!